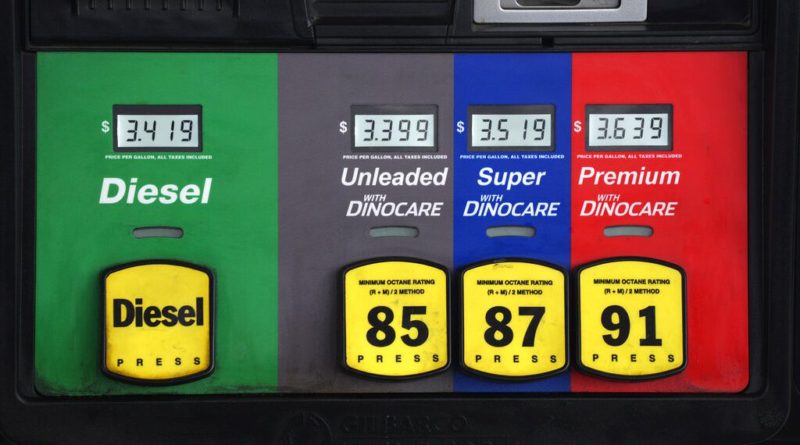 18-06-2022: It is no secret that NATO’s proxy war on Russia via Ukraine is going very badly. Despite the governments of the United States of America (US) and some countries of the European Union (EU) pumping in heavy weapons, the Nazi infested Ukrainian army is getting pummelled. Russia’s overwhelming military superiority, and NATO’s refusal to assist their so-called ally, means that there was only ever going to be one outcome – the defeat and reversal of the fascistic US backed Maidan coup in 2014. Given that the US/EU puppet Ukrainian “President” Zelensky appears to be acting entirely on orders from Washington and London by prolonging the conflict regardless of how many Ukrainians perish, the Russian government has little option but to conclude that there is no point in negotiating, and thus they should continue their military operation until they can bring about a resolution entirely on their own terms. This could mean the definitive end of Ukraine as an entity.

Sanctions rebound on the West

Economically, the US and EU sanctions on Russia, which they may have assumed would bring Russia to its knees and cause some kind of regime change in Moscow, have backfired spectacularly. The Western sanctions are working against the US and EU and are instead strengthening Russia. The sanctions led to Russian oil production and revenues increasing by 300 000 barrels per day, while doubling the price of gasoline (petrol) in the US.[1] In the US, the price of gasoline is at $5 a gallon for the first time ever, while it has jumped to between $7 and $8 a gallon across the EU.[2] Obviously the wealthy classes can absorb these increases, while workers struggle and single operator truck drivers struggle to get by. Electricity and gas prices are also magnifying across the EU, and even in Australia, people are being advised to reduce power usage in peak times – before 8am and after 5pm. What is more, they are being told to expect that electricity prices will remain high for the next two years!![3]

Inflation in the countries whose governments have applied sanctions on Russia and otherwise helped to arm and equip Ukrainian Nazis, is out of control. The official inflation rate in the EU is 8.1%, 9% in the UK, 8.1% in the US, 8.8% in the Netherlands and 5.1% in Australia.[4] In places, this has led to significant hikes in the prices of basic foods bought at supermarkets by working people. By contrast, Russia is pulling in nearly 20 billion a month from energy exports, as many countries are complying with Russian demands for international customers to pay in rubles – which has boosted the Russian currency. In fact, largely due to this, the Russian ruble is the strongest currency in the world this year.[5] While in the West fuel and food prices multiply, and their central banks increase interest rates, in the Russian Federation the opposite is happening. There, food prices are slowing or even dropping. For example, prices for computers, TV sets, washing machines and smart phones have decreased by between 9 and 17% over the past two months. This has allowed Russia’s Central Bank to cut interest rates!![6] As Jorge Vilches writes, Russia is winning on all fronts: militarily, geopolitically, logistically, socially, economically and financially.[7] Russia is the only world power which can self-sustain itself independently of the rest of the world, and the vast majority of Russians, whatever their political views, understand well that the DeNazification operation in Ukraine had to be conducted on pain of possible extinction of Russia itself. What is more, Russia’s military operations are being politically backed or given de facto support from the vast majority of the “global south” – Asia, Africa and Latin America.

No war on Russia and China

While it is true that the cost of living for working people was increasing before the nonsensical “Covid” lockdowns, the West’s proxy war on Russia has vastly exacerbated these problems. Rental and housing affordability is through the roof, food and fuel prices are onerous if not unaffordable for those on low incomes, and now there are some food shortages and electricity and gas shortages. Some of these shortages are genuinely caused by Washington’s war on Russia, but others and the jacking up of prices are the result of monopoly capitalist cartel price fixing. The proxy war on Russia via Ukraine must be brought to a halt immediately! Where possible, workers should act to halt the shipment of heavy weapons to Ukraine, many of which end up in the hands of Nazis.

Some Western generals can see the obvious – NATO/EU weapons shipments to the rump Ukraine will NOT prevent a clear Russian victory and may only prolong the conflict. They and other elite pundits are already pivoting to the People’s Republic of China (PRC), where they seek to make Taiwan into another Ukraine. If Ukraine joining NATO was a red line for Russia, the attempt by Washington to separate Taiwan from the Chinese mainland is a red line for the PRC a thousand times over. The political rulers of the PRC are well aware of this and have given indications that they will fight to retain Taiwan, which has been part of China for millennia. Working people must demand: US/EU Hands off Taiwan!  In the event that the PRC is forced to militarily integrate Taiwan in a similar way in which Russia was forced to militarily integrate the Donbass and other parts of Ukraine, this must be defended by workers the world over. Imperialism’s war plans against the PRC and Russia must be blocked, and to allow world trade to resume, all Western sanctions on Russia and China must be lifted.

At the same time, the governments of Russia and the PRC are not political allies of working people. The Russian government enforced Covid hysteria against Russians, and Beijing went to absurd and overtly counter-productive ends to enforce totally irrational “pandemic” repression. Even though Moscow and Beijing are being subjected to actual or threatened wars from the West, their respective misleaderships both act to prop up and perpetuate imperialism outside their borders. Russia does so in a vain attempt to maintain “international law”, while the PRC does so in order to maintain the fiction of “socialism in one country”. Unbearable cost of living pressures and war, and much else besides, can only be resolved through the overthrow of imperialism. There is no other road. This requires the assembly of internationally linked Marxist vanguard parties committed to public ownership of the major means of production and exchange, and the consigning of capitalism to the dustbin of history.

One thought on “The Cost of Living is Out of Control….Lift the Sanctions!”