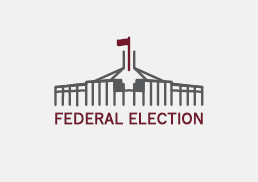 Liberalism at a Dead End: ALP Loses the “Unlosable” Election

19-05-2019 – It’s a cliché to put forward the “Don’t mourn, organise” aphorism after a significant defeat for workers. After the victory of the Coalition (Liberal Party, National Party, Liberal National Party in Queensland – collectively the L/NP) in the 2019 Federal Elections, the working class will certainly need to double down on its organising efforts. But some crucial political lessons will need to be learnt before embarking on much needed organising.

At the time of writing, with around 75% of the vote counted, the L/NP are two seats short of forming a majority government.[1] They will either govern in their own right, or form a minority government with the formal or informal backing of some independents. For the Australian Labor Party (ALP), this was a classic case of losing an unlosable election. Yet again the ALP’s “small target” strategy cost them. That is, the ALP were promising very little, if anything, which was substantially different, let alone more progressive, than the L/NP. The one progressive aspect the ALP were promising was the extremely conditional (and likely false) pledge that they would restore penalty rates which have been taken away from some workers. The ALP was perhaps expecting to limp home into government without doing much at all, because voters would naturally want to get rid of the L/NP. Even within the sphere of bourgeois politics though, unless the majority of voters are offered something substantial by the liberal side, they will stick with the status quo, or even move to the right.

Catastrophe of “Change the Rules”

Working people must be clear. If the ALP had won the Federal Election, the working class would still be subjected to intense attack on all fronts – from low wages, near starvation aged pensions and unemployment assistance, privatisation of health care, cuts to education, worsening public transport and so on. The pace and severity of the attacks may have been slightly lower than under an L/NP government, but that is all. This is because the major parties are the twin parties of Australian capitalism, which is a component part of Wall Street led imperialism. The system of production for private profit is in acute crisis in Australia, Europe, the US and Japan. This is what is driving the relentless austerity, the ongoing danger of US led imperialist wars, not to speak of the imminent danger of potentially irreversible ecological collapse – of which global warming is but one aspect.

For two years, the top officials of the Australian Council of Trade Unions (ACTU) have been running the “Change the Rules” campaign. This was always code for “Vote Labor”. In fact, at a late stage the careerist officials of the ACTU changed the rules themselves – from “Change the Rules” to “Change the Government to Change the Rules”.[2] It became an explicit “Vote Labor” campaign. But in fact, the politically compromised ACTU officials advised not only a vote for the ALP, but also preferenced the Greens above the ALP in some states for the Senate. In other seats, the ACTU produced how-to-vote cards which preferenced the racist Katter’s Australian Party and the right-wing Democratic Labor Party.[3] After selectively mobilising workers for two years on the vague promise that industrial relations laws could be changed by electing the ALP, the conservative officials of the ACTU, from Sally McManus down, ended up playing preference exchanges with right-wing parties!  And now that the L/NP has been re-elected, the Union movement has been brought back to ground zero.

The fraud of “Vote Climate”

The nightmare of staggering carbon emissions from the Adani mega coal mine in the Galilee Basin in Queensland triggered a wide campaign against it throughout the country. Yet the “Stop Adani” campaign was always led by operatives of GetUp! – an NGO which repeatedly denies its links to the Labor Party, yet inevitably assists them.[4] This was why the Stop Adani campaign stopped short of doing what was actually needed to Stop Adani – a mass action effort independent of the parliament, the government and its state. The complete opposite occurred – Stop Adani was directed entirely towards lobbying the ALP, lobbying the parliament, and lobbying the government. That is, the leadership of “Stop Adani” was committed to the political forces of capital which began Adani – and indeed all new coal developments in the country. The overwhelming majority support for halting the Great Barrier Reef destroying Adani mine could have stopped Adani – but for the leadership of Stop Adani.

In any case, an ALP government was hardly going to Stop Adani. Yet an ALP or ALP/Greens government was also the aim of the “Student Strike 4 Climate” (SS4C) actions which preceded the elections, and were geared towards them. Again, however, the student strike for climate was organised by GetUp! and “Baby GetUp!” the AYCC (Australian Youth Climate Coalition).[5] Hence, they organised student strikes – outside L/NP electorate offices!  This could scarcely have been a more blatant vote catching exercise. This is light years away from organsing against the profit system which is the prime culprit of environmental vandalism.

The leaderships of some Unions even boasted about linking with GetUp!, despite it being the face of the liberal elite. The conservative officials of the Australian Unemployed Workers Union (AUWU) hailed its virtual affiliation to GetUp! in its attempt to gain a much needed boost to Newstart (unemployment benefits).[6] To do this, it had to trample on AUWU members who so much as questioned the political compromises required for such an unholy alliance. Ironically, either internal Union democracy, or internal movement democracy, is the very thing which GetUp! and their backers cannot tolerate.

Much more needs to be analysed about this election. But the crucial lesson for workers is that all forms of liberalism – whether in the form of GetUp!, the conservative Union officials, the NGO led “environmental” movement, the ALP and others – offer no way forward. The working class can only advance by making a political break with all the liberal agents of capitalist class rule. Socialism is needed, but the pre-requisite is a Marxist vanguard party composed of the most class-conscious workers. The Workers League seeks to take the first steps on this path, and calls on all who agree to take part.