21-10-2017 – As partisans of the forward march of humanity, the Workers League fully supports the aims of the “Yes” campaign relating to the right of Lesbian, Gay, Bisexual, Transgender, Intersex (LGBTI) people to be entitled to all benefits relating to the concept of marriage. Even though the postal survey does not actually bind the current legislators to act, the survey is seen by most as a referendum on equality and acceptance of all variants of human sexuality. While the winning of the right for all those identifying somewhere on the LGBTI spectrum to marry whomsoever they choose will not end the manifestations of oppression and discrimination, any concession wrested from the elite rulers of this unequal society represents a victory worth celebrating.

LGBTI discrimination under capitalism stunts the development of human and societal relationships, while relegating those on the LGBTI spectrum to second class status. While the winning of equal marriage rights will go some way towards alleviating the deprivations endured, in itself it cannot end LGBTI oppression. This oppression is bound up with the “sacred” right to private property, without which the rule of capital would fall. In 1884, Frederick Engels, one of the founders of scientific socialism, identified the three main pillars of class society – the family, private property and the state. LGBTI oppression flows from the institution of the family, particularly the monogamous and heterosexual template, which represents class society’s smallest repressive unit. It is reinforced by the strongest arms of capitalist rule – its state, via its parliaments, police, civil service bureaucracy and the law courts. Same-sex relationships challenge the form of the family, but legal recognition of them under capitalism does not do away with the material basis which sustains and maintains homophobia. This requires a workers movement strong enough to wage a struggle for its complete liberation – the prerequisite of which is the overturn of finance capital and the founding of a workers republic.

We note that the revolutionary overthrow of the rule of the banks and the stock exchange is far from the agenda of those leading the Equal Marriage Rights campaign. On the contrary, while the equal marriage rights campaign has been largely led by activists outside of the Australian Labor Party (ALP) and the Australian Greens, it nonetheless welcomes the formation of an open front with them, which immediately shuts off the politics from developing in a radical direction. It was the ALP itself which strongly voted with the Liberals in 2004 for the discrimination against the LGBTI community, and the ALP ignored the equal marriage rights campaign for over ten years. It was only after the momentum for marriage equality, backed by years of activism, had reached the stage where the overwhelming majority of young people, and the clear majority of the Australian people, were in favour – did the ALP finally put its hand up. While it is true the Australian Greens have always held the position of supporting equal marriage rights, the Greens tend to view victory as winning an argument, or as a result of more education. This outlook conforms to their unattainable “humane capitalism” ethos.

One glance at the list of corporate endorsees of the Yes campaign is enough to trigger alarms bells in workers with even an elementary sense of class consciousness. All manner of exploitative and profit gouging corporations have willingly handed over their colourful logos to the Yes campaign. For example, after slashing thousands of jobs and raking in vast profits, QANTAS, the Commonwealth Bank and Telstra appear as sponsors. The owner of Coles, Bunnings, Officeworks and numerous other retail chains, Wesfarmers, one of the largest corporations in Australia, is also an endorsee. Australia’s workforce is 40% casual, contract or temporary, causing immense insecurity for millions of workers. Yet the Skilled company, one of the largest casual staff employers, is also an endorsee.

It doesn’t stop there. If the genocidal Salafist and Wahabist mercenaries of Al Qaeda and ISIS had, in their role as US and Saudi armed proxies, succeeded in overthrowing the Syrian government, it is likely that many LGBTI Syrians would have been summarily executed, in the same manner as they did to anyone perceived to be supporting the Syrian Arab Republic. Yet some of the most outspoken, if indirect, backers of the US/UK/AUST war on Syria – pro-war NGOs such as Amnesty International, GetUp! and the grossly misnamed Save the Children – turn out to be corporate backers of the Yes campaign.

It should be obvious what the limitations of such an extreme cross-class alliance leads to – an alibi for corporate power, which in practice means an alibi for the very system responsible for LGBTI repression in the first place. On the other hand, it is noted that some Unions have backed the Yes campaign, or at least put their name to it, much in the manner of the corporations they are supposed to protect workers from. Unions WA, the Victorian Trades Hall Council, the Australian Manufacturing Workers Union (AMWU), Queensland Teachers Union (QTU) and the National Tertiary Education Union (NTEU) have all added their logos to the Yes campaign.

Yet logos in themselves are not enough – especially when placed alongside corporate logos. What is needed is for the Union leaderships to champion LGBTI liberation through the efforts of working people to break from the chains of capital. This will require the formation of a Marxist vanguard party, which can position the conservative leadership of the peak Union bodies in the struggle against that which restrains LGBTI and non-LGBTI workers alike – the profit system. 2017 marks 100 years of the October Revolution in Russia, where working people, led by VI Lenin’s Bolsheviks, seized power and created the world’s first socialist state. Soon after, one of the first acts of the Union of Soviet Socialist Republics (USSR) was the abolition of all Tsarist laws which criminalised homosexual activity and relationships – the first state defence of LGBTI people in history. For new October Revolutions! 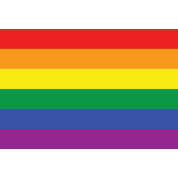