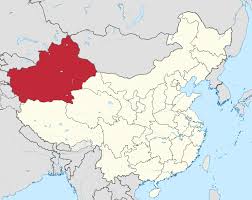 24-07-2019 – A lie repeated a thousand times eventually becomes accepted as the truth. Such was the infamous advice of Josef Goebbles, Minister of Propaganda of fascist Germany from 1933 to 1945. The governments of the capitalist West have learned this lesson well, and apply it wherever they can. In recent times, the largest of lies they attempt to impose on workers as a supposed “truth” is the wild claim that one million Uyghurs have been detained in concentration camps in the Xinjiang Uyghur Autonomous Region (XUAR), in the People’s Republic of China (PRC). For this claim, Western governments and their compliant media offer not a shred of evidence – it is simply repeated over and over again. The Nazis themselves would have been suitably impressed.

The ABC (Australian Broadcasting Corporation) once had a reputation for ground breaking investigative journalism. Today it leads the charge in propagandising for a desperate US imperialism which enlists Canberra in its hybrid war against Red China. The Four Corners “documentary” program “Tell the World”, which aired on the 15th of July, compiles a litany of utterly fallacious claims about the political situation in Xinjiang, with the help of anti-socialist Uyghur emigres.[1] It is presented by Sophie McNeil, who is known for hailing ISIS and Al Qaeda linked death squads as “rebels” during the US led war for regime change against Syria.[2] Ms McNeil continues her backing of such barbarians through to Xinjiang – where a tiny minority of Uyghurs, infected with the Wahabist strand of Islam, also travelled to Syria to fight with ISIS linked cut-throats against the secular Syrian Arab Republic, from the early years of the proxy war.[3] If demented mercenaries, armed and funded by Western governments and the Saudi Arabian monarchy, should be hailed as brave fighters for “democracy” in Syria, why not in Xinjiang?

The Washington led drive against Red China drags all types of anti-worker governments behind it. The governments of 22 countries, most of them imperialist, signed a joint letter to the United Nations (UN) which condemned the “oppression” of Uyghurs and Muslims in Xinjiang. The US subordinates were: Australia, Austria, Belgium, Canada, Denmark, Estonia, Finland, France, Germany, Iceland, Ireland, Japan, Latvia, Lithuania, Luxembourg, the Netherlands, New Zealand, Norway, Spain, Sweden, Switzerland and the United Kingdom (UK).[4] In response, a letter to the President of the Human Rights Council of the UN lauding the “remarkable achievements in the field of human rights” was signed by 37 countries. Among the defenders of the PRC were the governments of: Russia, Pakistan, Saudi Arabia, Egypt, Cuba, Algeria, United Arab Emirates (UAE), Qatar, Nigeria, Angola, Togo, Tajikistan, Philippines and Belarus.[5]  Needless to say, the governments of Saudi Arabia, the UAE and Qatar play both sides of the coin, siding with Washington for some imperialist wars, while siding with the PRC in order to safeguard certain trade and investment opportunities. However, while the UN is no longer a body where Washington holds pre-eminent control, the UN is also not an arena which working people should revere.

The Pentagon’s invented “human rights” issues in Xinjiang are, as usual, a façade for the real reason Washington is concerned about the rise of Red China. The imperialist shop-fronts such as the International Monetary Fund (IMF) and the World Bank both now rate the economy of China as world number one in terms of Purchasing Power Parity (PPP). Despite recent “slowing” the PRC’s economy is still growing at a Gross Domestic Product (GDP) rate of 7%, which is three times that of the US. The training and education of the Chinese working class is also expanding, with the PRC now spending 4% of GDP skilling up their own people.[6] For Washington, with its production for private profit system staggering along in near or actual recessionary terms, the booming Chinese economy represents a nightmare come to life. For them, socialism and collective ownership is not supposed to be able to compete against the West with their stock markets, “free” trade and “free enterprise”, let alone surpass it. Yet this is reality.

Washington’s concerns about Xinjiang are not its bluster about “human rights”. Their concerns are the staggering overall performance of the PRC – which is primarily due to predominantly state owned means of production and a planned economy. This is one reason why the US ruling class is hell bent on derailing, or at least disrupting, Red China’s trillion dollar “Belt and Road Initiative” (BRI) – a trade and infrastructure mega-project, which will spur on further economic integration between the PRC and Asia, Europe and Africa. Xinjiang is a central node of the BRI, with Xinjiang sitting in the middle of the ancient Silk Road. Xinjiang’s capital Urumqi, for example, now handles 3600 tonnes of cargo each day, much of it bound for other parts of Asia and Europe.[7] Each tonne of trade that the PRC conducts with countries not under the political domination of Wall Street is another nail in the coffin of US economic hegemony, and their privately owned corporations which trample on the living standards of both US and international workers.

While workers in Xinjiang and the rest of the PRC do not have political decision making power as a result of the fraudulent “Marxism” of the Communist Party of China (CPC), they nonetheless enjoy the fruits of the economic achievements of the PRC workers’ state – a precious gain of the 1949 socialist revolution. A genuine Leninist leadership in Beijing would seek to politicise and mobilise the Chinese proletariat in favour of economic integration with neighbouring socialist states such as Vietnam, the DPRK (Democratic People’s Republic of Korea – “North Korea”) and Laos, as a means of politically combatting the capitalism wreaking havoc outside the largest country (by population) in the world. But this would mean severing the restrictions of the “Marxist-Leninist” theory of “socialism in one country”.

Despite this, workers in Australia and internationally have a vital interest in combatting and negating the anti-China hysteria emanating from Canberra, Washington and elsewhere. Australian workers cannot afford to buy into the liberal intelligentsia’s lies which foster disruption in Xinjiang – or Hong Kong, Tibet or Taiwan. On the contrary, workers need to strategically ally themselves with the PRC workers’ state against US imperialism as a lever of their own struggle for liberation from capitalist tyranny.